Hers & His started as an assignment from a small town newspaper where Cindy and I were given a subject to write about each week. Without knowing what the other was writing, we both wrote out thoughts on that particular subject and could only read the other’s contribution after they were published.  We enjoyed it so much that we kept doing it even after that newspaper closed their doors.

I recall a time as a new mom when I was sure that the house had to be silent, dark, and everything perfectly still before my little one could go to sleep properly.

Years later, I think the only similarity to putting the kids to bed for the night is that it’s still called “bedtime.”

With dinner mostly done and the clean up underway, I start to get the 2 year old ready for bed.   Getting them to sleep before they become overtired is the key I tell myself.

However, trying to keep the 4 and 6 year working at finishing their dinner, while encouraging the older 4 to do more work and a little less playing, while trying to trick the 2 year old into thinking that getting ready for bed is a great game to play, it all seems like an insurmountable task.

Bedtime seems like trying to hike to the top of a mountain, certainly not a stroll through the park, but reaching the top is such a wonderful moment that the work to get there is well worth the effort.   The final moments of the day when you can finally lay down and rest are well worth the effort to reach them!

Moments later, I have the 2 year old eating again, the 4 and 6 year old playing, and the oldest boys trying to see how many layers of clean laundry they can put on… They are currently at 8 shirts, 5 pair of underwear, and 6 pairs of pajama bottoms.    I would have been amazed that they have actually found their missing clothes, but the yells coming from the oldest daughter claiming half of the clothes they have on tell me that after that many layers they had to resort to the next size up.

Gathering takes a few minutes, but with the reset after family prayer, we start again.

The 2 year old gets put in bed.  (This step will be repeated at least half a dozen times before the night is through.)

Bryun starts a race for the 4 and 6 year old to see who can finish their dinner first.  (The winner not being the important thing here.)

The boys are de-layering, doubtless I will have an extra load of laundry for the morning, as I’m sure these clothes will never make it back into the pile of clean laundry.

Two hours later, the kids are finally settled into bed.   I let out a big sigh.  The mountain top has been reached again tonight! 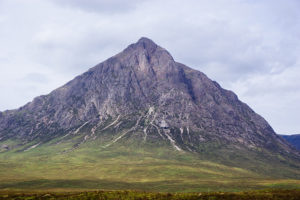 Years ago, our family thought it would be a good idea to raise chickens.  We decided they should be free-range chickens, which means they run around the backyard all day.  The daily chicken schedule went something like this: Wake up, let the chickens out, collect the eggs, go about your business, remember after dark that they’re still out of the coop and try to round them by chasing them with a flashlight.   You run in circles for a while, catch one and put it in the coop.  Rinse and repeat. 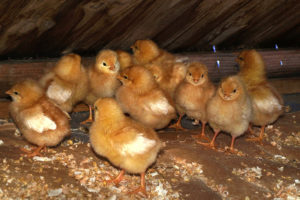 For anybody who hasn’t put this on their bucket list yet, you’re missing out.  The fun of chasing a flock of birds with a flashlight is priceless.  Truly priceless…

Q: Why bring this skeleton out of my closet after all these years?

A: Because bedtime with seven kids is much the same as trying to herd chickens in the dark.  It goes something like this –

“Kids! Come inside and get your jammies on!” I’m standing on the porch to make this announcement.  I go back inside, content that my announcement will be heard and obeyed by all my chickens…er, children.

“Kids!  Are you ready to pray?” This broadcast is made from the living room as I wait for 7 kids in pajamas to come running in here any second now.  Instead, I hear crickets from the corner as I imagine tumbleweeds blowing across the living room floor.  The silence in the house is only broken by the sound of laughing and running and what sounds like…the clanking of swords?  Back to the porch.

“Kids! Get inside now!  I make sure I sound upset enough that they’ll come right away to avoid the wrath of the chicken-herder.  I listen for the scurrying of little feet, but instead I hear more laughing and running and… more swordplay.  I go venturing into the darkness to put an end to the laughing chickens’ swordfight.

After locating the first of the combatants and confiscating his tent pole sword, I send him inside to get his pajamas on.  A few moments later, I find his opponent and remove her sprinkler pipe sword before sending her inside.  I quickly find the third backyard warrior and take away his scrap lumber weapon while snagging his opponent and confiscating his…tent pole?  Yep, it’s the first soldier I sent inside and he’s found another sword somewhere.  Fast-forward 30 minutes.  I’ve confiscated 42 swords now and am content with knowing where the missing tent poles have been.  Did I mention that the 42 swords come from 4 kids, and only three of them are mine? The younger chickens children are still running around and take another few minutes to round up and drag inside.  The older group turned into ninjas when their sword supply was exhausted.  Apparently they’ve gone to hiding.

Whew.  That only took 45 minutes.  I count 5/7 inside now.  The swordmasters-turned-sneaky-ninjas outside will come in soon enough.

For the record: This is far more tiring than herding real chickens was, which explains why my wife returns from Relief Society to find me asleep next to a stack of tent poles with chickens free-ranging around the house.

Score one for the deadly chicken ninja clan…