The Point of No Return.

That phrase has a dark, almost ominous sound to it, doesn’t it? It almost sounds cliché, as though you were part of a rag-tag team of mercenaries in some action movie where you and the three untrained (but determined) people with you are about to jump out a plane behind enemy lines to somehow save the world against overwhelming odds. The actual origin of the phrase isn’t as glamorous as all that, but does come from the world of airplanes. 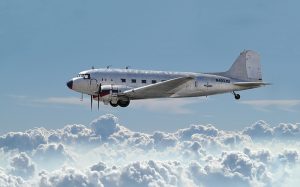 You see, there is a point on the flight of an aircraft when the remaining fuel is less than what is needed to return to the starting point. The Oxford English Dictionary takes it one step further and defines it in a much more broad sense when it says the Point of No Return is “the stage at which it is no longer possible to stop what you are doing and when its effects cannot now be avoided or prevented”.

Whether you take the dictionary definition, the phrase’s actual origin or even the B-Grade Action movie imagery of it, the meaning is pretty much the same (though I do like the Oxford definition because it sounds so much more menacing, but that’s just me).

Chances are pretty good that you’ve used the phrase before, and even greater that you’ve been at the point of no return in a literal or figurative sense at some point in your life.

Those times we cross points of no return are often those moments that are forever burned into our memories. Maybe it was that time when you were an hour away from home at curfew time, and since you were already in big trouble you stayed out all night? Maybe it was when you called the kid sitting in front of you a wimp and realized (when he stood up to face you) that he was 12” taller taller than you and was made of 250 pounds of muscle? Sometimes these moments are good ones, though, like when you reached out to hold your sweetheart’s hand for the first time and knew you were going to be officially dating or officially single depending on her reaction.

However many points of no return we’ve crossed in our lives, we will likely cross a few hundred more before we’re done.

From my own experience I’ve learned that our mouths seem to be the most common tool that throws us past this proverbial point. A common one I hear from a lot of people is the obviously bad decision to ask when someone’s baby is due.  The look on that young lady’s face tells you she’s not pregnant and you are a huge jerk now. 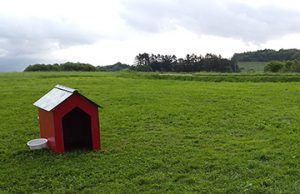 As a matter of fact, hearing a young man recently tell of one such blunder he made is what prompted the article this week! I felt badly for the young lady in his story who was asked the question, but (surprisingly) felt more sorry for the young man who asked the question, as he told us about the subsequent shunning and chastisement he received from his wife for the mistake.

So, for the sake of this young man, as well as every other clueless man who’s asked that question, I wanted to share a point-of-no-return verbal faux pas from my past. If you ever make a blunder like the aforementioned young man inquiring about non-existent due dates, feel free to throw me under the bus to save yourself. My blunder went something like this (names have been changed):

About ten years after I moving away from a certain area, I decided to return just to visit the people there. There was was one family in particular I wanted to visit. They ran a farm and were good people in every way. As is often the case in stories like this one, I didn’t tell them I was coming, in order to surprise them.

Bad idea or not, I booked a flight, rented a car, and drove for several hours through the countryside to surprise this family. Well, I definitely pulled off the surprise thing, but the aforementioned bad idea part of my plan also became real (or would it be surreal?) when I got there. Arriving at their farm, I pulled into the driveway and stepped out of the car as a curious young man in overalls approached. Our ‘conversation’ went something like this:

“Hey there! I’m looking for the Williams’ farm! Am I in the right place?”

“Do you know if they’re going to be back soon?”

After a four-hour flight and two hours of driving, I could definitely wait a few minutes for the family to get home. In the meantime, I thought I’d try to get this kid to say more than one syllable at a time.

“Great! Are you their son?”

In an epic, almost slow-motion train-wreck-ending to the conversation, I got the desired multiple syllables as the child responded: 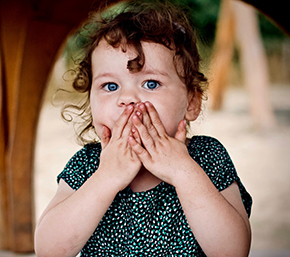 I had passed the point of no return. I closed my eyes as that moment burned itself into my memory forever. I knew I’d always recall that moment with perfect clarity and hoped the young lady in overalls would not.

As the newly-christened poster child of verbal blunders, I’d said something horrible I could never take back. There was no recovery, no balm I could offer, no way to undo my verbal misstep. So, without saying another word, I simply got back in my car and drove away as the young lady watched from her family’s driveway. I’ve never gone back.

Fifteen years later, I still cringe at letting something that clumsy come out of my mouth. There is some comfort, however, in knowing that countless young men who cross their own verbal points of no return can use me as the “at least I’m not that guy” face-saver.

And, for the record, I’m really, really sorry, Miss Williams.