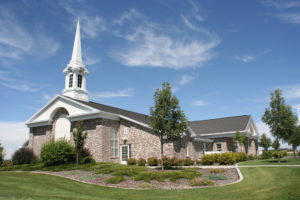 Church. It can make you a better person…or a horrible, laughing clown. Wait…what?

Let’s start over. Several years ago, I wrote about an experience finding hookers in church (You can find that post here) and have had several friends and family members refer to times like that as ‘hooker moments’. This is nice way of saying that (based on circumstances), sometimes innocent things can come across as really, really bad.

I used to think these moments were normal for everybody, but am realizing more and more that there are those of us who are kings (or queens) of bad timing. I seem to be the head of the bad timing council, as I had another such moment during fast and testimony meeting this past week. Here’s the scoop:

My shy 12-year-old daughter got up to share her testimony without any prodding or encouragement from us. Did I mention how shy she is? She surprised us when she walked up to the stand, and I was surprised and excited for her. I was also worried in a big way. As she sat up there waiting her turn, she looked scared. She even looked like she was going to burst into tears at any moment.

To counter her impending chicken-out, I did what any dad would do – I smiled at her. 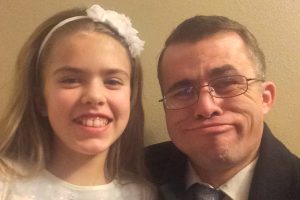 I made a silly face at her.

I twirled my fingers on my dimples as I smiled an exaggerated smile at her, bobbing my head side-to-side for added effect.

It worked on her, but…

…another person on the stand was staring at me with a shocked (even horrified?) look. Something bad was happening, and I was involved somehow. Time to step back and look at the bigger picture, and see what I had done (This is where the egg can be seen heading straight for my face).

So here’s the bigger picture:

My daughter was sitting on the stand behind a gentleman at the pulpit. Because I was focused on helping my daughter relax, I hadn’t been paying attention to him. Oops. He was weeping as he was speaking about his dear (departed?) wife. I don’t know what he had been saying before to that, but it was obvious the tears were pouring down prior to my stepping back to get the big picture. 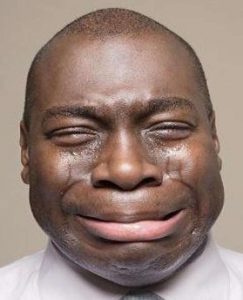 He was speaking through his sobs about his love for his dear wife and I was…making clown faces at my daughter behind him.

The person shooting me a shocked look from the stand obviously didn’t know I was aiming my goofiness at the 12-year-old behind the weeping man, only that I seemed to be making light of a heartbroken elderly man pouring his heart out. Go, me, eh?

I stopped what I was doing immediately (duh), the weeping man finished his thoughts, my daughter bore a wonderful testimony and the woman’s shocked look towards me continued while she waited for her turn to speak.

If only I could say it ended there, but (as with anything like this, it did not). Some time after the crying man sat down and my daughter shared her testimony, I asked myself a question. The answers to my question started coming as soon as Sister Shock-face got up to share her thoughts.

The question? Where would be the most inappropriate place to make a clown face?

As the answers started coming into my head, the mental images made me smile…then chuckle… 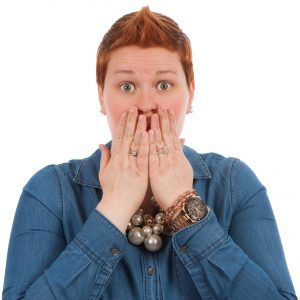 then laugh (the kind where your whole body is shaking and your mouth is in that tight-lipped smile to keep it all quiet). While my body was shaking with laughter at the answers I was imagining, Sister Shock-face looked at me again.

That happened. And for someone like me, the timing was just more fuel getting dumped on my silent-laughter fire. For her, it meant she lost her train of thought each time she looked down at me to see if I was still a horrible person. And for the rest of her time at the pulpit, I absolutely was.

I probably could have removed some of that horribleness if I had said something after the meeting ended, but I wasn’t sure if the weeping man had seen me (which would’ve made for a really awkward conversation if he hadn’t) and I don’t even know who Sister Shock-Face was. Also…I apparently didn’t learn my lesson from the church hookers several years ago, and I’m not certain that sharing a story about imagining clown faces during her testimony would have made Sister Shock-face any less uneasy.

Instead, I did what any other horrible clown would have done–nothing.

By the time I stopped laughing about it, Sister Shock-face was long gone and the moment to restore any of her lost faith in humanity was gone with her. I might learn my lesson when something like this happens again, but for now I can only assume she’ll read this someday and understand. When she does, this is for her:

Yep, I just typed that sentence in a family-friendly article. Thanks for reading it!