Imagine you and some friends get together to play a game and decide to try your hands at Monopoly. You know the game – where you buy and trade properties, spend money to upgrade those properties, make deals with other players and hope for a little luck each time your turn comes up? Having decided on the game, you pull your copy out of the game closet and get ready for a wild and crazy night.

As often happens in narratives like this, there’s a small problem. One of your friends decides she doesn’t want to play because she always loses. After a few minutes of complaining about how the game’s not fair, another friend starts to agree because she’s only played it a couple of times and will be at a disadvantage. Friend #3 starts to nod his head at what they’re saying since he’s only had 6 hours of sleep and will lose because everyone else has had more sleep.

Then you get an idea – change a few of the rules to make it more fair for everybody! Instead of all that capitalistic nonsense where you try to earn more money, why not play a socialist version where nobody loses? You pull out your game scalpel (and purple marker) and get to work.

A while later, you’re ready to play your new and improved version of Socialist Monopoly where there are no losers so everybody will be happy. Here’s how it’ll work (This will be so fun!): 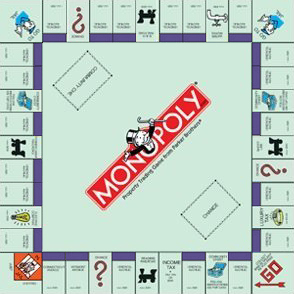 In keeping with the intended pro-capitalistic sentiment of the article, if you’ve never played the game and would like to give it a try (or are interested to see how many different flavors of the game there are now), click here to buy yourself a copy. If you’re looking for non-political light-heartedness, click here.