Hers & His is the same thing from two different perspectives. Cindy and I are given a subject to write about each week. We write our thoughts about it and we don’t get to know what the other person writes until both viewpoints are posted. If you’ve got a suggestion for a subject, send it to smile@onecrazydad.com.

The Potato Miracle (Hers)

You name it, we have done it to the common potato, yep we’ve even made them into stamps and batteries for powering light bulbs. Baked, fried, roasted, mashed, stewed, casseroled (Is that a word?), potatoes have always been a favorite of ours.

I recall as a child, one day coming home from school and seeing a jar of mashed potatoes on the stove. I was so surprise to see it, that before anyone else could claim dibs on the yumminess, I took a huge bite… shortening… left over from a morning of frying. A mistake you only make once in a lifetime. Even this, however, didn’t taint my love of potatoes.

I must have a hundred stories about potatoes, everything from convincing our kids that an elf named Snitchel needed them to help Santa make wrapping paper with potato stamps dipped in mustard, blackberries and beet juice, to finding a way that you can use them as a battery to power a light bulb. (It’s true, it actually works.) 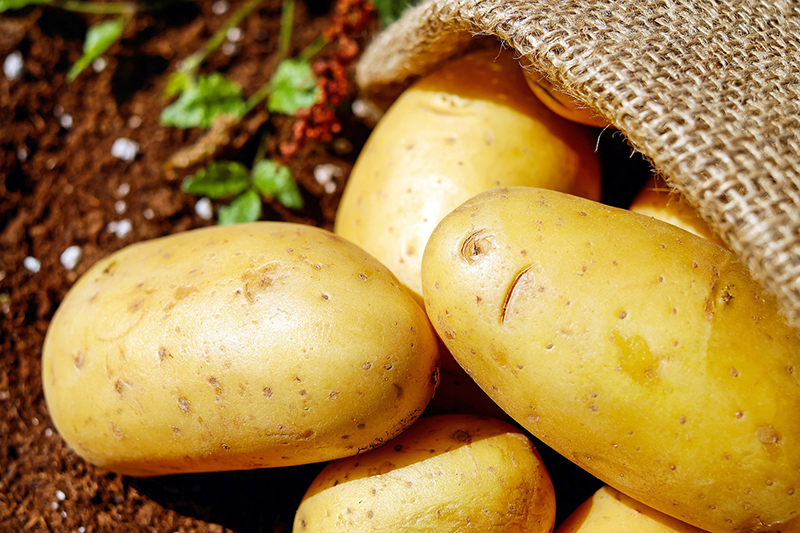 My favorite spud story of all time though, will probably always be the summer of the apples and potatoes. It was a miracle I hope my family with remember for many generations to come.

Bryun was in his last year of college. “Funds were tight,” might have been the understatement of the year. With lots of little mouths to feed, our garden became a necessity instead of the usually hobby garden to teach our kids the value of hard work. Nearing the end of the summer, I had long since exhausted every dish that could possible disguise zucchini. Our green smoothies became a bit too green as the bitter kale and swiss chard long outlasted the mild spinach. In desperation, I wished that we could have some apples and potatoes to make the rest of the food we did have somehow bearable. 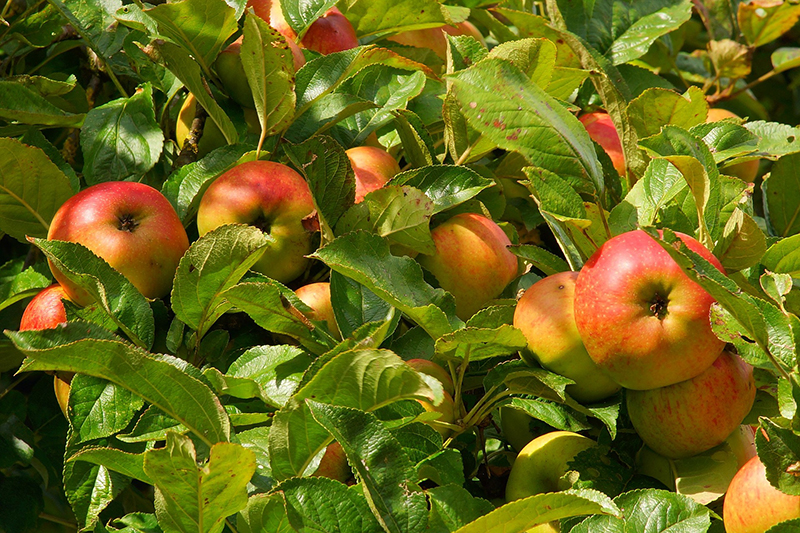 Much to my surprise, and the delight of the kids, a gracious God granted my petition. A neighbor across the field and one up the street called and asked if I wanted to pick the remaining apples on their trees. When we arrived at both places, the trees were loaded. My kids and I spent several hours carefully picking the fruit while quietly whispering to each other how wonderful they were going to taste. We couldn’t shop talking about all the things we could do with them.

On another day, not too far distant from that, another friend called saying that there was a field of harvested potatoes ready to be taken up by anyone needing them. I gathered several youth in the neighborhood along with my own children and together we FILLED the floor and seats of our van with boxes of potatoes for families in the area that might need them. It was the first night in a long time that wheat and squash wasn’t the main dish.

I’d never thought of potatoes and apples as a godsend, but to our family during that fall harvest time, they were nothing short of a miracle. 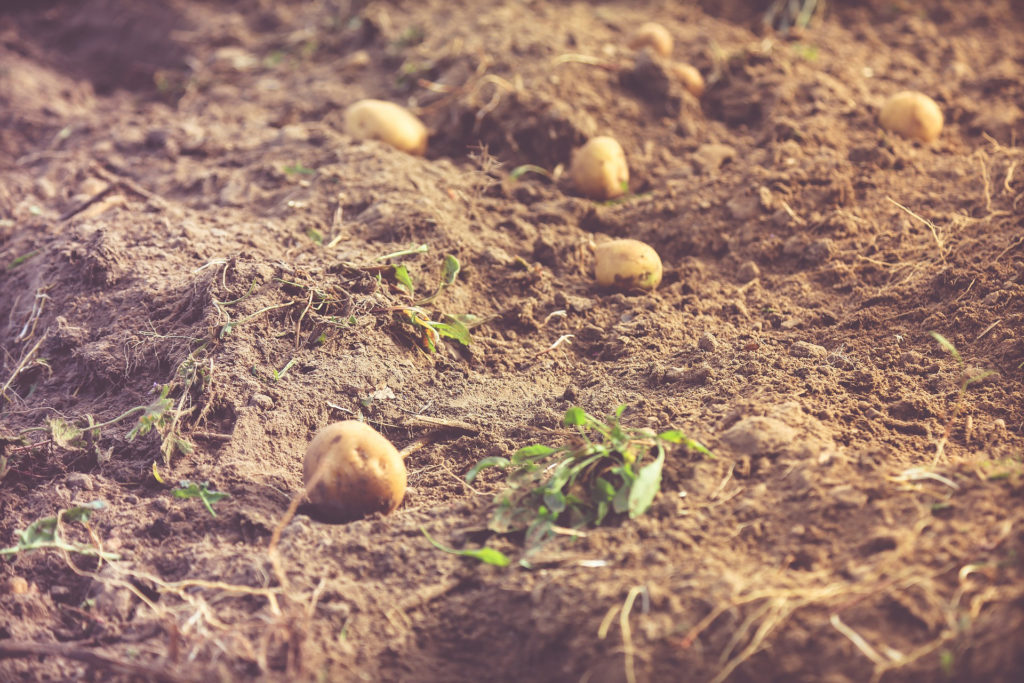 Stupid, Fat Hobbits Know What They’re Talking About (His)

Hobbits are the most quotable of all the make-believe races out there. Think about it: Picture a quote from the Lord of the Rings and there’s about a 75% chance it’s from one of the hobbits.

Why bring this up in a post about potatoes, Bryun? Well, any other Middle Earth geeks out there already know which quote I’m going to use, and it’s nothing about being a friend, saving you from yourself, keeping a promise, etc. This one is when Gollum calls Samwise a “stupid, fat hobbit” while the two are arguing about food until Sam laments that he has no ‘taters’.

Sam: “What we need is a few good taters.”

And in all of his 3 feet of wisdom, the stupid, fat hobbit explains why potatoes are the most versatile food out there.

To better understand this, come from Middle Earth back to this Earth with me, specifically to Rexburg, Idaho. Last month here in Rexburg, our family gave ourselves a challenge to NOT go to the grocery store for a month! This challenge is definitely a post for another day, but it has everything to do with po-ta-toes.

So now we’re not shopping for a month. The challenge came for a few reasons – the main one being that we wanted to test out our food storage and see if we could survive on just that.

On the first day of our storage survival challenge, a neighbor brought by a few hundred pounds of potatoes ‘just because’ they happened to be at a potato farm (remember we’re in Idaho) and decided to buy an entire truckload of them to give away.

A few hundred pounds of potatoes and 29 days of survival left to go. Wow. I’m not going to go into detail about the 29 days except to explain why potatoes are so wonderful and Samwise is so…wise.

Never heard of that last dish, Bryun. Care to explain? Well, Cindy’s not a dish (at least not in the typical sense), she’s my best friend and true love. If she could pick between a dozen roses and a dozen potatoes, she’d take the spuds every time.

You see, potatoes are Cindy’s favorite food. When we got a few hundred pounds of potatoes, Cindy couldn’t have been more excited. She acted like she’d just won the lottery. After she was done cheering, she started crying (happy crying) and then went into her room to kneel down and thank her Maker for potatoes.

With the help of a neighbor and their truckload of po-ta-toes, we enjoyed the taters a lot during our month-long survival experiment, and we took a make-believe little man’s advice – We boiled ‘em, we mashed ‘em, and we stuck ‘em in a few stews.

And every time we did any of those things, I got to see my sweetheart light up again.