I was in the kitchen making dinner this past week and I got to be part of a real life nursery rhyme…or was it a limerick? Well, whatever literary designation you give it, I was part of it! Before thinking that sounds fun or neat, you should know that the verse in question doesn’t end well for the protagonist…

Before continuing on with the aforementioned stanza, let’s head back to the kitchen. There I was, minding my own business as I was making dinner…or while I was offering support for those who were doing the actual cooking. As I was cheering the chefs on and giving words of encouragement…or maybe I was teasing someone (the events that followed were traumatic enough to cause me to forget some of the details). I saw a fly on the ceiling zip towards me and, as though on a suicide mission, it flew into my mouth!

It’s true. Into the mouth and down the gullet. Now before labeling me a fly killer, a biology lesson may be in order. You see, everyone knows about the gag reflex we all have, but did you know we also have a gasp reflex? It’s true. The gasp reflex kicks in whenever you have something in your mouth that is alive, fuzzy and really, REALLY gross.

“…and I don’t know why she swallowed a fly…”

And (as always), I learned some valuable things from all this – I learned when that little wiggler first went into my mouth that my gasp reflex was working just fine. I learned that as soon as Mr. Six-legs was sufficiently down my throat that my gag reflex kicked in with a vengeance! 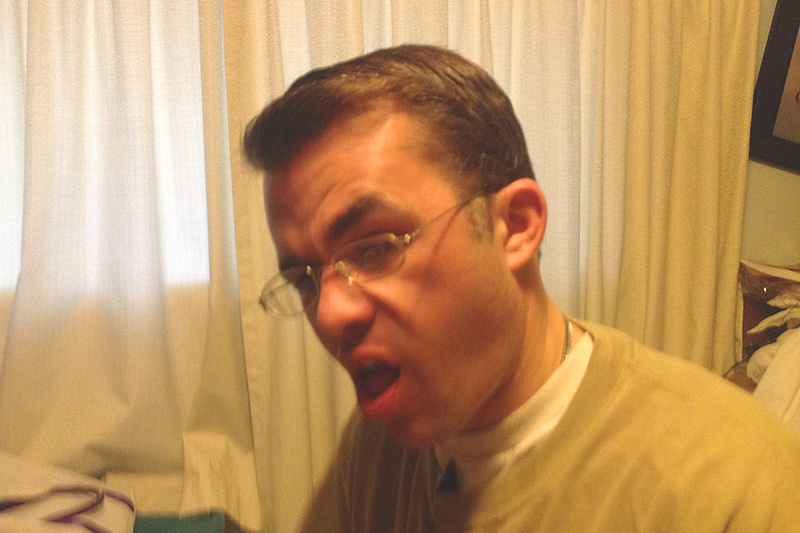 After gagging and choking for a minute, I learned one final important lesson: If you announce to your family that you just swallowed a fly, every one of them will begin reciting the only fly-swallowing poem out there, emphasizing one specific part about her fate over and over –