Sometimes even the best of intentions can go horribly awry…

First off, let me say that my 2-year-old Amelia loves smoothies. To her, it’s a “moozie!” (Exclamation mark included)

Secondly, let me say that I do not love smoothies. To me, the texture earns them the title of “glop”.

Even with the difference of opinions on smoothies in our home, we all agree they’re healthy for us and we all drink/guzzle one each morning.

That’s the background. As far as the best of intentions part, this happened yesterday and I’ve been banned from making smoothies anymore:

How was I supposed to know that frozen beans aren’t considered ‘greens’? They’re green, right? Apparently the color doesn’t matter to something named after a color, and I learned this lesson in a very dignity-destroying way. 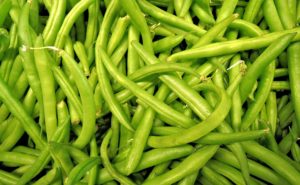 It sounded good. The color was…sorta right. The reactions from smoothie-loving Amelia, however, told a different tale:

She took a drink.

She spit it out.

She got a bowl from the sink and put it over the top of the glass.

After that, my creation was doomed. My son Kevin said it smelled like I put something bad in there. My daughter Mary tasted a little bit and said it was good, all while making an ‘ew’ face and spitting it out when I turned my head (she didn’t want to hurt daddy’s feelings). My wife wouldn’t touch it, and I was left with a bunch of glasses of my smoothie creation. So, as any prideful, clueless chef would do, I tried it as well.

I took a drink.

I spit it out.

I quietly poured the rest down the sink. 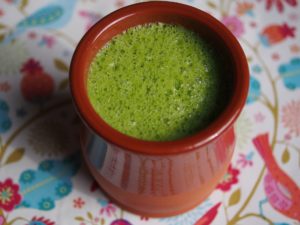 But for what it’s worth, I did get the texture right…